Safehouse Tourney - What a Blast! 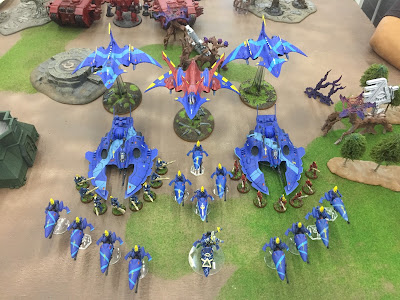 The 40k tourney on 9th September at Safehouse was simply a blast! As usual, I had zero expectations, but real big kudos to Safehouse, the TOs, my opponents and everyone who was there. I truly had a great time, which the whole point of a tourney.

The tourney used ITC rules and we each played 3 games. I brought a slighlty adjusted version of the Windrider army I brought to Singapore in the previous tournament:

ROUND ONE
The first battle was against an angry-looking Blood Angels army, led by the golden boy Dante himself. 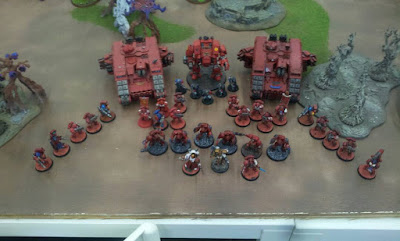 If my memory serves well, the army was a battalion detachment with:

The terrain was ... sparse! A couple of craggy hills, a couple of woods. And a nice bastion for the mon keigh Devastators. And I got so used to the dense terrain in Balau and AB too ... But it looked good, so all was good.

I think the scenario was Secure and Control. The Blood Angels had first turn and proceeded to advance on my position. The Land Raider Crusaders, screening Dante, engaged at extreme range and gunned down bikers from the lead Windider squad that didn't hide well enough. I used 2 CPs to make sure the sole survivor didn't run away and give away First Blood.

From my turn 1 onwards, the battle was one-sided. The 2 Hemlocks managed some fancy pin-point flying, lining up close to Dante and killed him with Smite and a volley of heavy D-Scythe. Combined fire from the Crimson Hunter and Dark Reapers heavily damaged a Land Raider Crusader (down to a couple of wounds), and massed shuriken fire wiped out the scouts. To make sure the other Land Raider Crusader didn't use its awesome firepower, the lone surviving jetbiker charged it, survived the hail of incoming overwatch rounds and ended up with the pic of the tournament for me. 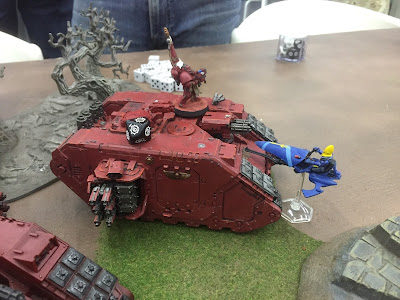 The battle ended with a decisive Eldar victory. Blood Angels were left with 1 Devastator marine and the Captain with 1 wound left. The Eldar lost 4 jetbikes and a couple of Fire Dragons.

ROUND TWO
Officially, my opponent's army is Sisters of Battle. But it looked like AdMech to me. 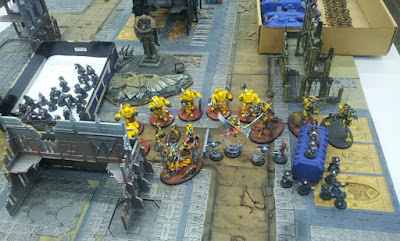 I really don't know either army well, but it was something like:
St Celestine
The insane fat AdMech boss dude
A skinny AdMech character dude
A small squad of AdMech snipers
SOB squad
SOB Retributors with heavy bolters
6 of those uber shooty Baymax robots
4 of those gangly AdMech walkers with lascannons
Eversor assassin
Commissar (I think)
50 Conscripts

I think the mission was The Scouring. Which meant that there was no First Blood, but Big Game Hunter for me meant having to kill the 6 Baymax bots.

What really saved me was terrain. There was enough LOS-blocking terrain to mitigate the Baymax uber shooty squad. Hearing that they can dish out 2x 54 shots a turn, and the fact that they also represent the Big Game Hunter VP, they became priority target. Unleashing almost all my firepower, the bot squad was wiped out in 2 turns.

Eldar pretty much controlled the game - right until Turn 3. I wasn't paying attention to time, and it turned out that Turn 3 was the last turn. Bent on killing St Celestine, I changed my mind about embarking the 4 surviving Dark Reapers (Big Game Hunter VP on my side) into the safety of their Wave Serpent in order to add to the weight of fire. Turned out I didn't need the firepower as the living saint fell to massed shuriken fire. But when she came back, she killed the Dark Reapers AND scored Linebreaker, and therefore winning the game.

Losses were heavy. The Eldar lost both Hemlocks, the Fire Dragons, the Dark Reapers, and 3 jetbikers. The mon keigh lost the Baymax squad, one of the lascannon walkers, the assassin, both SOB squads, and a bunch of conscripts.

ROUND THREE
This was against the Saim Hann who brought an Engine of Vaul in the form of a Scorpion grav super-heavy tank. 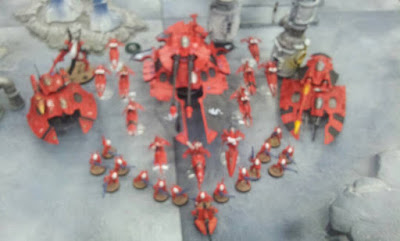 The terrain was ... worse than sparse! And with an uber shooty long ranged weapon on the enemy side, this was going to be tough.

I won this narrowly, making a couple of noob mistakes in the process. One of them was not resisting the temptation to attack the Scorpion with my Fire Dragons. The Dragons' volley plus Dark Reaper fire crippled it, but I should have followed up with a charge to force it to move. Either that or I should have concentrated on wiping out the rest of the army instead.

As it turned out, losses were heavy on both sides. The Alaitoc were left with only 3 Windrider squads, the Farseer and 1 Wave Serpent. The Saim Hann were left with the Farseer, the Autarch, the Warlocks, half the jetbikes and a crippled Scorpion. A narrow victory which I could have made better.

All in, it was a fantastic experience. I ended up in 6th place and had fun throughout. I look forward to the next tourney. Congratulations to the winners and to Safehouse for an amazing tourney! 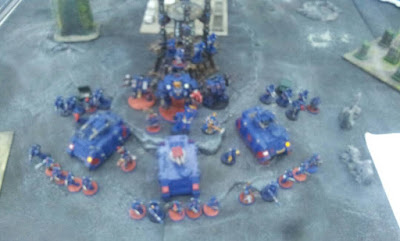 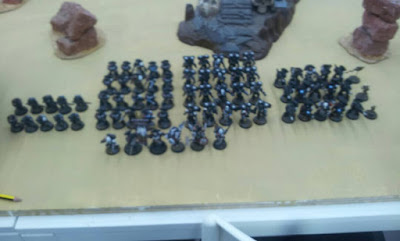 Kadir's Raven Guard - Best Painted (and to me, awesomely fluffy) 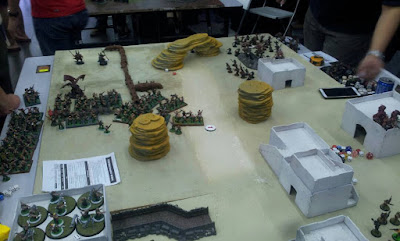 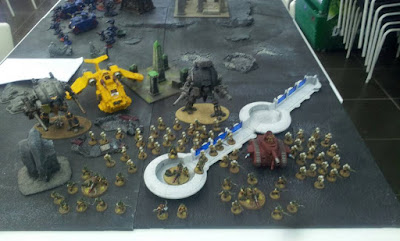 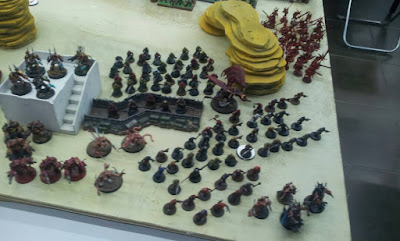 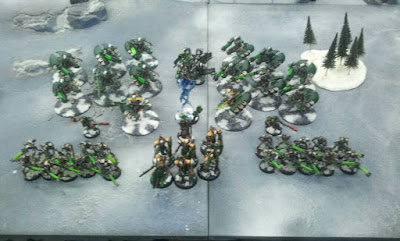 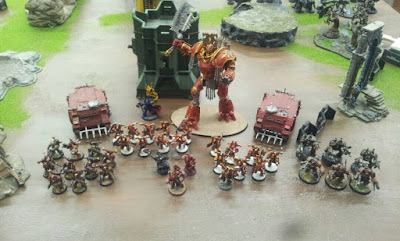 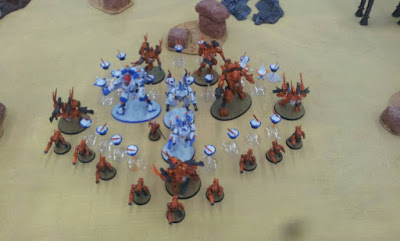 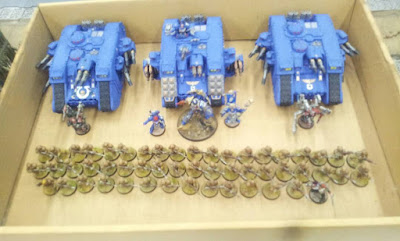 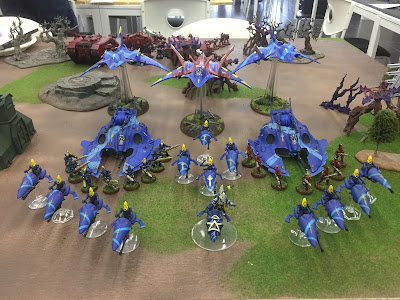 Posted by spunkybass at 2:29 AM